The WannaCry outbreak has being reported on May 12 2017 by many independent sources all over the World. It targets most of Windows operating system. The ransomware is not specifically designed to attack industrial systems. However, based on KL ICS CERT live reports we decided to warn industrial organizations that they might indirectly become a victims of this widespread attack. 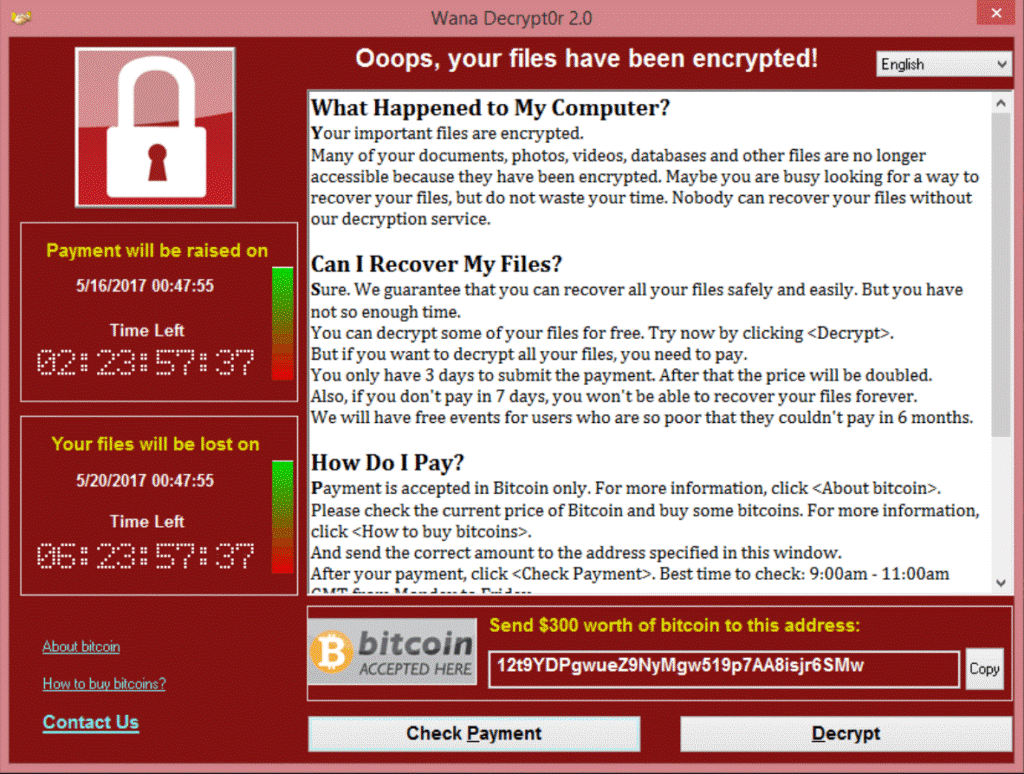 The ransomware exploits known Windows SMBv2 software vulnerability that allow the attacker to execute remote code on compromised system. The original exploit code was available to public from April 14 2017. Microsoft has released a new patch that fixes this security flaw on March 14 2017.

In case if you have any questions or need help please reach us with email on ics-cert@kaspersky.com

Samples observed in attacks so far