Kaspersky has released the results of a new survey, conducted by ARC Advisory Group, on the state of cybersecurity of industrial control systems in 2019 and the related priorities, concerns and challenges. The study explores the status quo and the future development of industrial cyber-security. 282 industrial companies and organizations across the globe were surveyed online and 20 industry representatives were interviewed personally. The findings of the survey are presented in the report, The State of Industrial Cybersecuity 2019. The survey has been conducted annually since 2017. 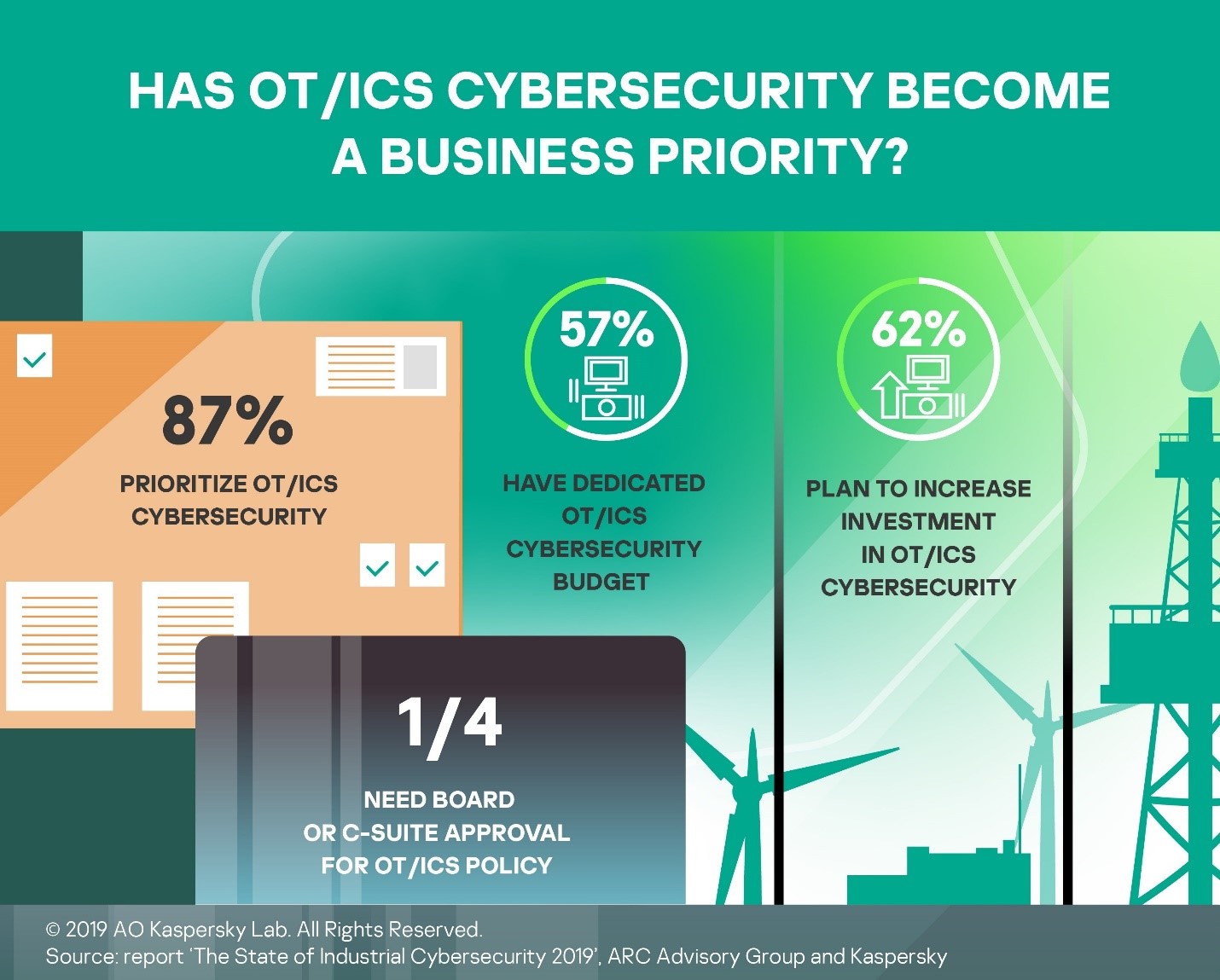